Yes, it’s true: winter started yesterday. Snow is falling slowly but constantly and covering the landscape with a thin white blanket. After about 24 hours of snowing the coverage is approximately 1 -2 cm thick. Not much yet, but it’s enough to hinder the traffic enormously. Many traffic jams and accidents were reported in the evening news yesterday and even flights were canceled because of the slippy snow.

This weekend we had had the first Advent. That means, that the Christmas market in our city took place again. As usual there were several booths build up on the old market place in front of the protestant church in the old town.
And as usual, many of the booths were operated by local clubs, like sports clubs or social clubs, offering food or drinks. They offered green cabbage with roasted potatoes and Mettwurst (a type of German sausage), bratwurst, French fries and waffles to eat and hot coffee, tea, cacao, punch and spiced wine (Glühwein) as well as cold beer from our local brewery. There were also some stands selling Christmas decoration stuff. At one stand they sold warm pullovers, gloves, wool scarfs and wool toques. For small kids there were three different merry-go-rounds. For older kids a mobile smith offered to forge an artistic object. There also was a stage for different music bands playing Christmas songs. 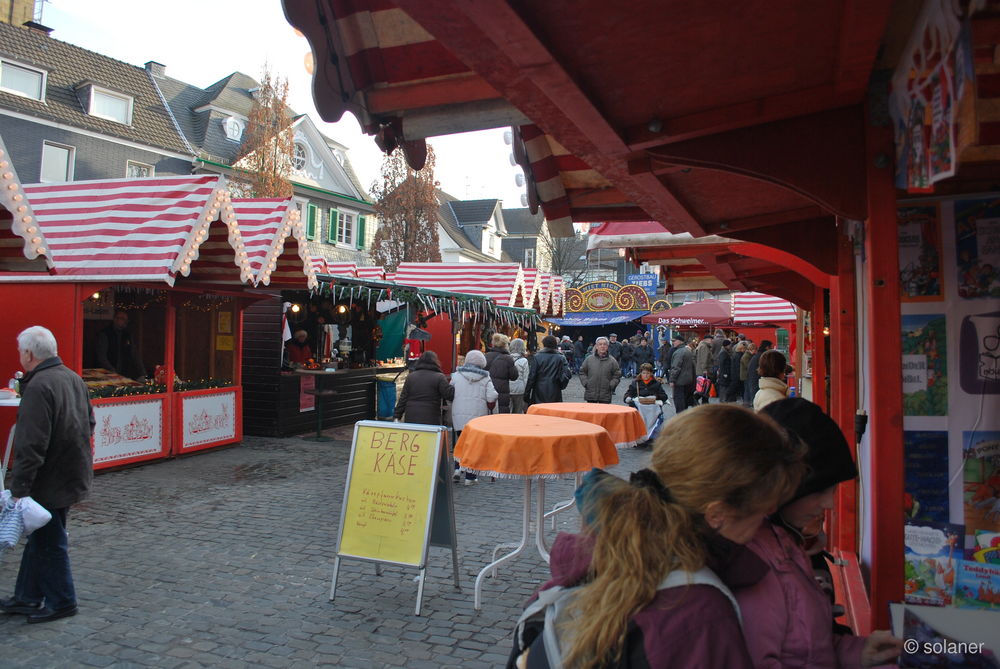 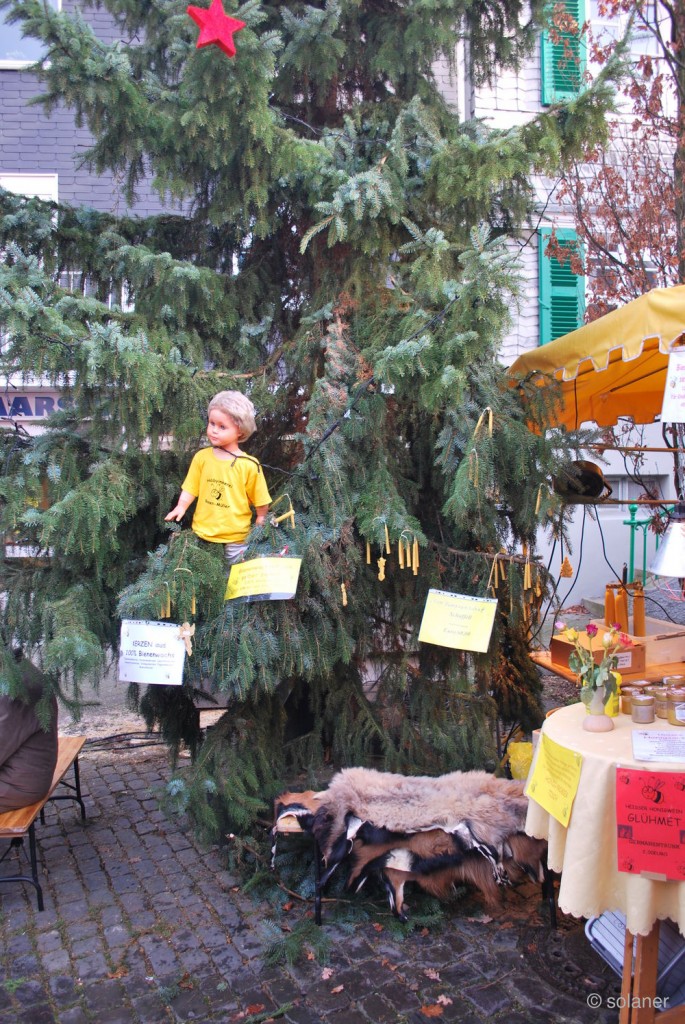 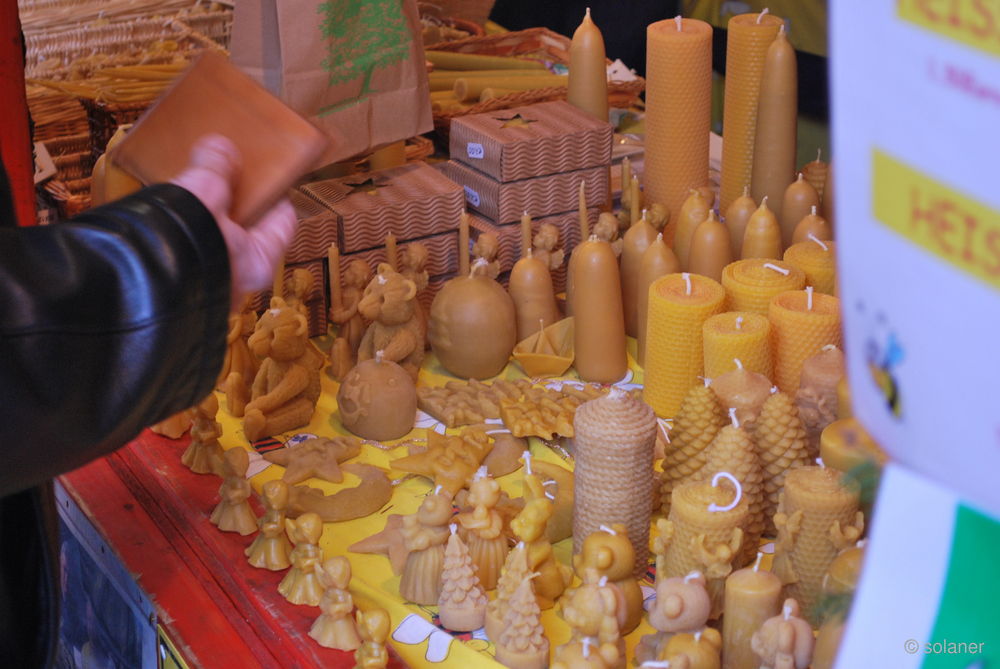 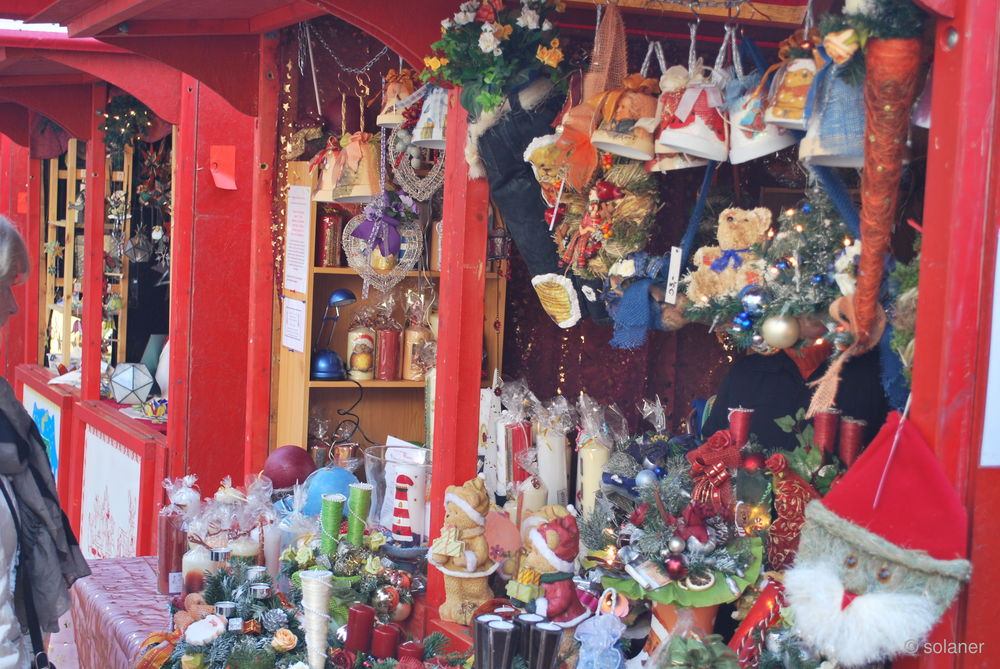 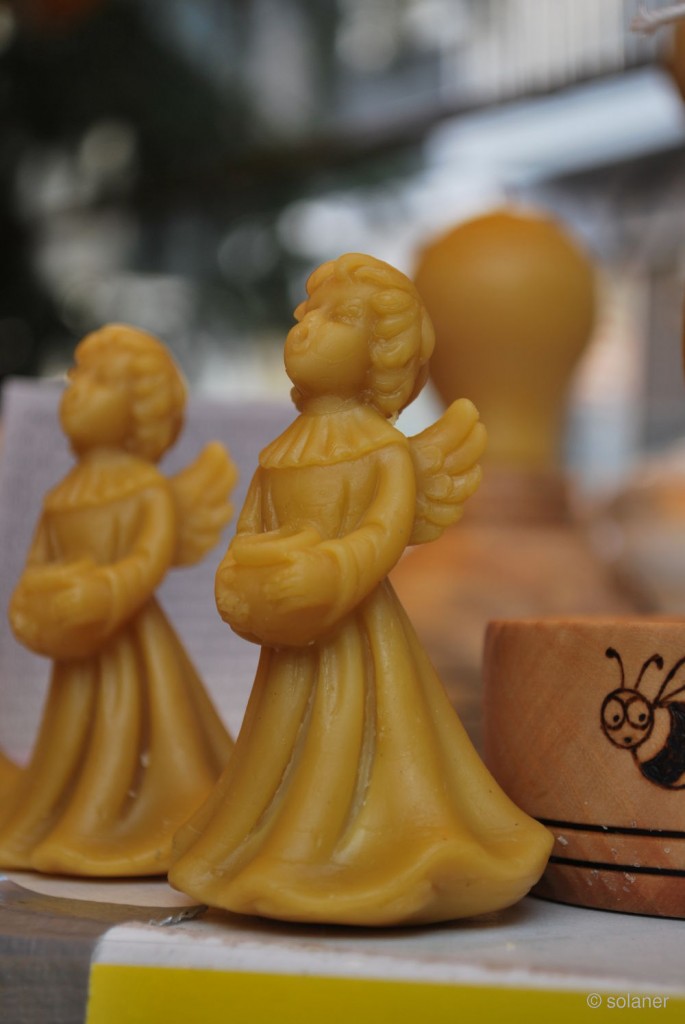 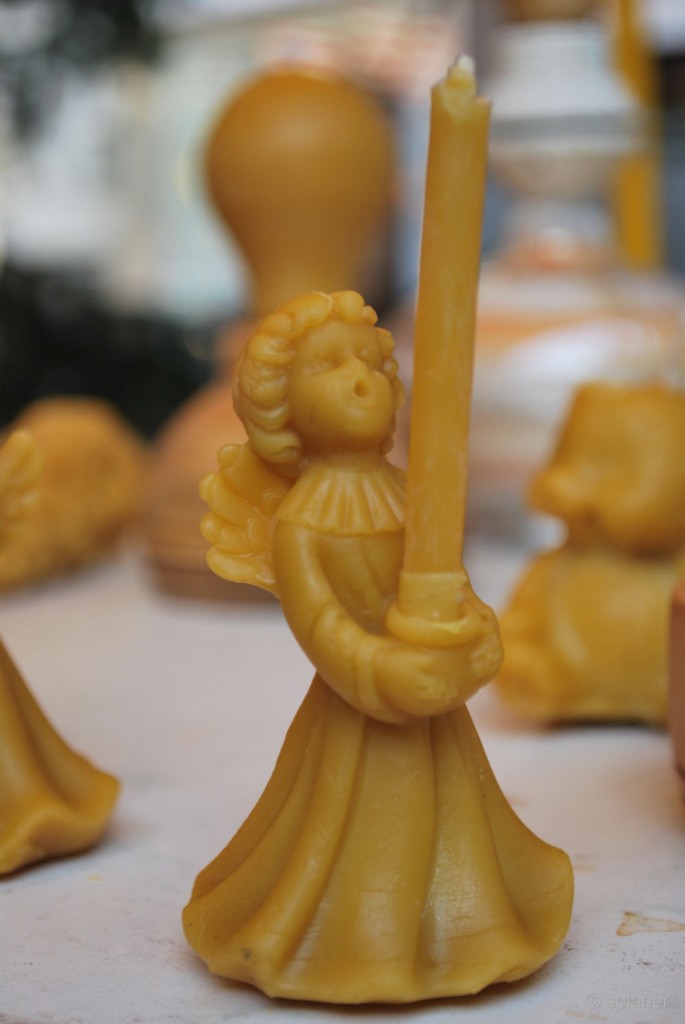 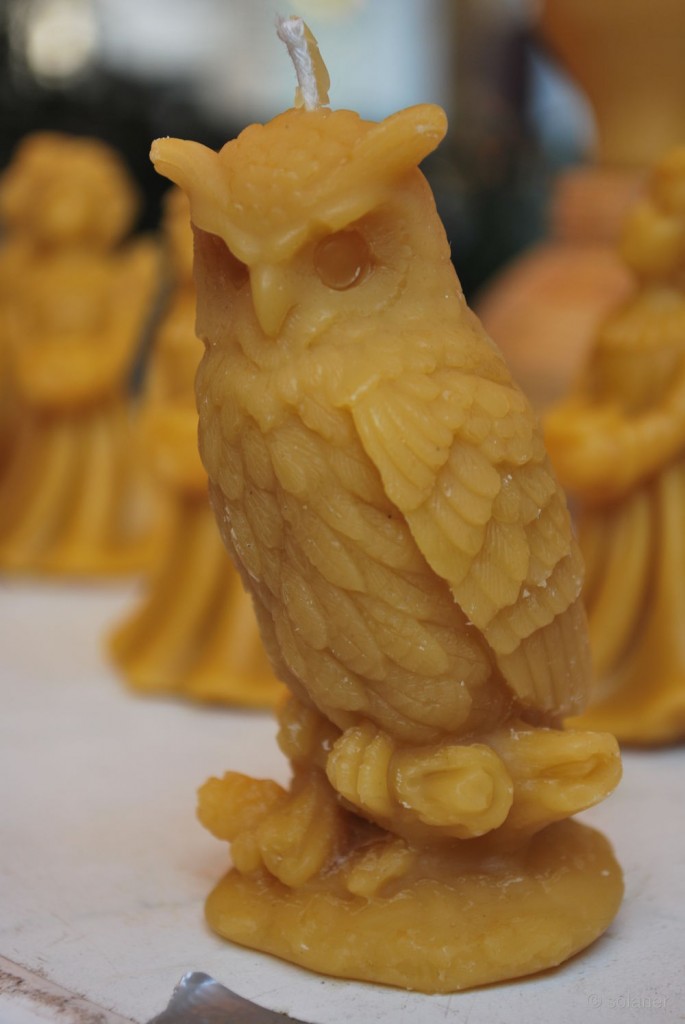 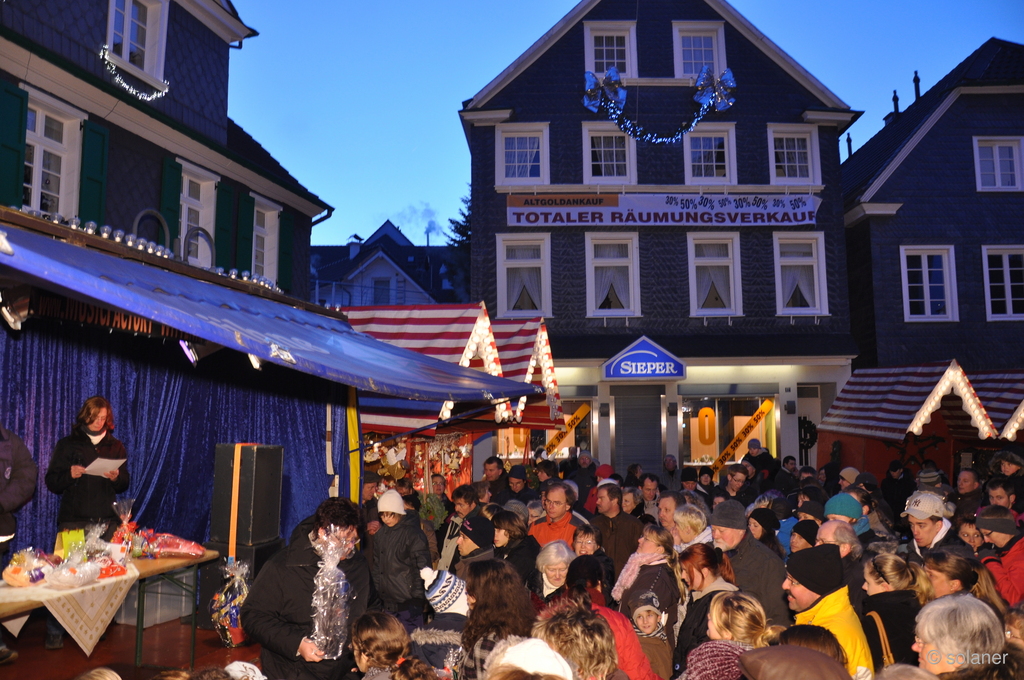 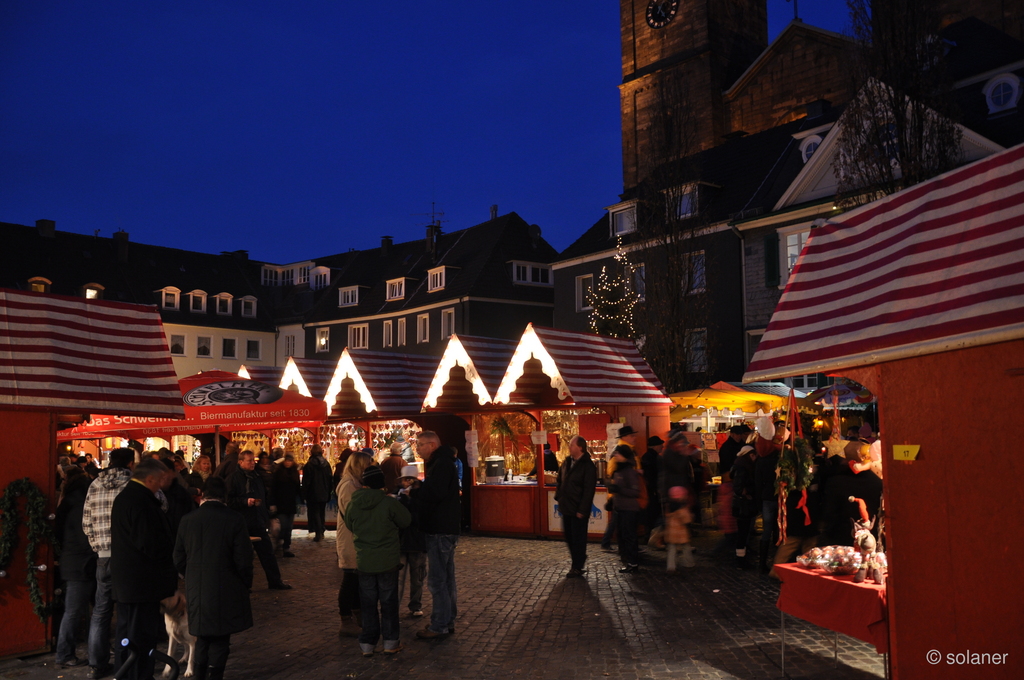 The Breitach is here a young, small river and a Klam is a narrow and deep valley, the river goes through, a flume. This flume is very deep and the water has formed the stone in an interesting and impressive way.

We visited the Breitach Klam during our trip to the Alpes. It lasts haf a day. Even it was a nice and sunny day, it was cold in the Klamm because of the moisture in the air and on all stones. Water falls from above the Klamm and the river goes very fast.

Don’t wonder about the fancy colors at the walls. All the colors are real. I guess they come from reflecting the sky.

During our trip to the Alpes we also had a little hike mountian up. Even it was a bit exhausting, because we’re not trained to do such hikes, it was nice to enjoy the beautiful landscape from there.

The snow, that did fall a few days earlier, made the landscape look even more beautiful.

This morning my wife found an Alpine newt in the water in our guests toilet. We’re not living in the countryside, but in a small city. Thus it’s quite a surprise to find such an animal in the garden. Though the surprise was even bigger to find it in the house. We also don’t have a pond.

Never the less, we fetched it out of the toilet.

Here are some pictures I’ve taken before we set him free at the pond of our neighbors.

This is the White-tailed Tropicbird (Phaethon lepturus ). I saw them several times and it was a pleasure to observe them. Their flights impressed me very much.

I also saw the black Seychelles Paradise Flycatcher, a very rare black paradise bird. I only saw one bird twice. When I it first I didn’t have a camera with me, because I came back from snorkeling. At the second time I saw one I was unable to place a good shot because the bird only flew short distances from one tree to another hiding itself in the leaves. According to Wikipedia  there are only about 200  black Seychelles Paradise Flycatcher couples living on La Digue. So I’m happy for have seen one.

There were also some other birds. But until now I’m unable to identify them all. I’ll post them later.